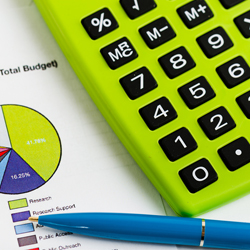 POLICYMAKERS are unable to take advantage of benefits available from consolidated government accounts because of a lack of financial literacy and the use of overly complex financial reporting, ACCA has said.

A global study ‘Consolidated government accounts: How are they used?‘ commissioned by ACCA and conducted by a consortium of international universities, found that governments around the world lack the necessary knowledge to benefit from good consolidated accounts.

Dr Danny Chow, the report’s lead author, said: “If government consolidated accounts are to go beyond being viewed by many commentators as mainly an accounting centric function more attention needs to be given to the potential users before governments embark on their journey of preparing consolidated accounts.

Gillian Fawcett, ACCA’s head of public sector said change is required if parliamentarians are to make the most of consolidated government reporting.

“The basic financial literacy of parliamentarians and government officials needs drastic improvement to facilitate the effective scrutiny of consolidated government accounts. Development programmes to assist this need to be introduced as a matter of standard for new members of parliament, supplemented with guidance from professionals in the field.”

Alongside greater understanding of finance among policymakers, Fawcett called for a new approach to reporting which favours usability and accessibility of high-level, quality information.

“The way consolidated reports are presented needs to be simplified, with timely, forward-looking information and projected outcomes brought to the fore,” she said. “More use also needs to be made of technology that allows summary information to be obtained quickly and easily while providing the means to drill down to more detailed information as required.”