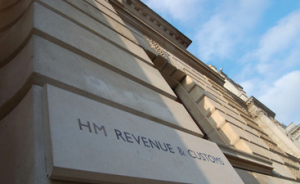 Chris Jones, the institute president, whose leadership is set to end in May, will use his experience and expertise in holding “HMRC to account for their performance against the refreshed Charter”.

One area  promises to focus on will be to ensure that the public are kept up to date and treated respectfully when using the department’s new digital tax system.

It was reported that customer service at HM Revenue and Customs had become so bad that it may be hampering tax collection, with half of the public’s phone calls to its helplines going unanswered in early 2015, according to a damning new report from the public accounts committee.

Jones commented, “I am excited about the challenge to uphold the spirit and intention of the Charter and to support HMRC to deliver the level of service to which they aspire, especially as we face the opportunities presented in the new digital age,” said Jones, who becomes one of five external stakeholders on the new HMRC Board Sub-Committee, effectively representing 30 million UK taxpayers.

“I see this role as an opportunity to promote better customer service by HMRC and work with the other members of the sub-committee to ensure the views and experiences of a wide range of stakeholders are taken into account by HMRC,” continued Jones, who last week presented former chancellor of the Exchequer Kenneth Clarke with the CIoT’s honorary fellowship.