Global economy is facing a period of volatility and major readjustments 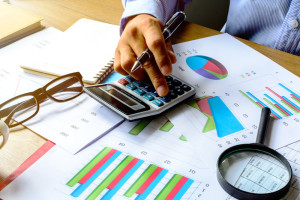 The global economy is facing a period of volatility and major readjustments, according to the latest global survey of finance professionals.

The second quarter of 2015 saw an abortive rise in oil prices, several expected and unexpected rate cuts by central banks, a rebound in Western consumer sentiment and a stock market crash in China.

These events led to business confidence levelling off in the second quarter of 2015 following six months of improvement, according to the latest Global Economic Conditions Survey by ACCA (the Association of Chartered Certified Accountants) and IMA (The Institute of Management Accountants).

The slowing in confidence can be traced to the world’s largest economies: many businesses in the US were affected by severe winter storms, port disruptions and a strong dollar, while those in China faced a cooling economy in the first quarter and over-heating stock markets in the second.

Of these factors, China’s economic slowdown and accompanying shift from investment to consumption-driven growth will have the greatest long-term impact on global trade patterns, hitting the world’s major commodity exporters particularly hard.

Nearly half of those surveyed expected to see government spending increase over the next five years, while 35% expected a decrease. The survey also shows that firms remain quick to cut staff when faced with uncertainty. In the past quarter, 41% of businesses have cut staff or ceased recruitment – nearly twice the number which have increased staff levels over the same period.

The major global concern was a rise in costs, with 46% of respondents worried about the impact, while foreign exchange movements were cited as a problem by more than a third of larger businesses which have cross-border supply chains.

But there was significant regional variation in the relationship between confidence in the economic outlook and willingness to take on new staff.  In North America, the number of firms creating new jobs was actually greater than those expressing greater confidence in the economy. But in South Asia and Africa, by contrast, relatively high confidence had yet to translate into new investments in people. This may reflect a degree of uncertainty about the sustainability of business growth in regions that still face numerous internal challenges and external vulnerabilities.

Faye Chua, Head –Business Insights with ACCA, said: ‘Since the global financial crisis of 2008, China has been viewed as the engine of the world’s economy. Yet with more sturdy fundamentals re-emerging in the US and Western Europe, the role of Western consumers in driving demand is coming back to the fore.

‘Looking ahead to the next quarter, overall confidence is set to rise in the wake of stronger economic reports coming out of the US and China. There are a critical number of factors affecting this.  It is likely that the Federal Reserve will raise US interest rates before the quarter is out, which could intensify current currency trends though much of the impact would already have been priced in.’

‘The outcome of OPEC’s next meeting on whether to curb oil supply; the extent to which Indian Prime Minister Modi manages to implement his reform programme for India; and the ongoing negotiations between Greece and the rest of the eurozone, will be issues which could have a huge impact on business confidence in the second half of 2015’ said Faye Chua.

According to Raef Lawson, Ph.D., CMA, CFA, CPA, vice president of Research and Policy at IMA, since the global financial crisis of 2008, China has been viewed as the engine of the world’s economy.

‘With more sturdy fundamentals re-emerging in the U.S. and Western Europe, the role of consumers in driving demand is coming back to the forefront’ Lawson said. ‘Overall confidence is set to rise in the wake of stronger economic reports from both the U.S. and China, specifically with retailers demonstrating faith in rising consumer spending by hiring an additional 300,000 employees nationwide over the past year.’