Are you due £432 for the marriage tax allowance? 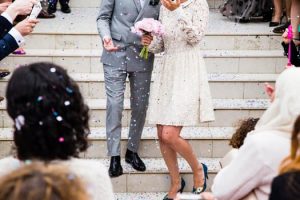 Astonishingly only two in five couples are claiming the £220-a-year marriage tax allowance, official figures show, highlighting the failure of the scheme introduced by former prime minister David Cameron.
The allowance allows married couples to pass unused tax-free personal allowance between each other.
HMRC figures show that of the 4.2m people eligible for the allowance, just 1.67m have claimed it since its launch in April 2015.

What is the marriage tax allowance?

The marriage allowance permits a spouse or civil partner who does not pay income tax to transfer up to £1,060 of their personal tax-free allowance to their partner.
One half of the couple must earn less than £11,000 a year, while their partner must be a basic-rate taxpayer, meaning they earn between £11,000 and £43,000 in the current tax year.
The tax break means that the couple can save up to £220 in tax a year.

How does it work?

Married couples and civil partners where one person earns over the basic rate threshold are exempt, regardless of what their partner earns.
Couples where the lowest earner brings in more than the personal allowance also miss out because only unused allowances can be transferred.
Couples who are cohabiting but are not married or in a civil partnership miss out, regardless of how long they have been together.

To read the article in full, visit: http://www.telegraph.co.uk/money/consumer-affairs/due-432-marriage-tax-allowance/