What difference will the National Living Wage make? 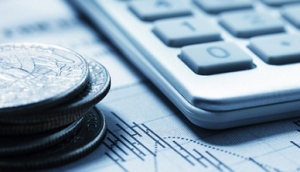 What is the ‘national living wage’?
It is a new national minimum wage of £7.20 per hour for everyone 25 and over. The rate is 50p higher than the previous minimum wage of £6.70 – although that lower rate will still apply for those aged 21 to 25.

The new rate was announced at last years summer Budget, will see 2.5 million people benefiting from a direct pay rise.

Will everyone get a pay rise?
No. Only those over 25 qualify for the new rate. Anyone paid cash in hand by employers seeking to avoid paying taxes also risks missing out.

There have also been reports that employees who qualify for the NLW may see little change in their weekly income if their hours and overtime are cut as employers seek to keep their wage bills down.

What difference will it make to people’s lives?
The introduction of the national living wage will mean a 10.8% pay rise for those who have been on the minimum wage over the last year – five times the current earnings growth rate across the UK, the thinktank says.
The TUC, the UK trade union body, has welcomed the boost for over-25s but wants more help for younger workers who are not getting a pay rise on Friday. The TUC general secretary, Frances O’Grady, said: “This is not fair. Future wage increases must narrow the pay gap between old and young.”

How can people work out if they are being paid fairly?
People who were earning less than £7.20 an hour are being advised to check their April payslips for an increase in hourly pay. If they do not see a difference, the government advises that they talk to their employer in the first instance and, if necessary, contact the industrial relations body Acas on 0300 123 1100.

But ultimately, employers will have to improve their productivity – or what is produced per worker per hour worked. As well as automation, this could mean better management and more training. Some employers that already pay the voluntary living wage have reported that higher pay itself has led to higher productivity thanks to better-motivated and more loyal staff.